Well, up until lately, summer has been rather non-existent here in the eastern part of the United States. With the sun STILL not active it looks like another Dalton Minimum could potentially occur which is most likely accountable for the cooling along with recent volcanic activity. Not only this but sea surface temperatures have been steadily dropping for years now. Take a look:
This is the sea surface temperatures since 2004 worldwide: 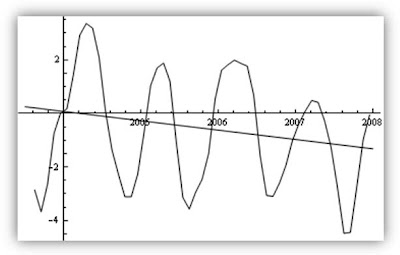 This is the global temperature compared to Co2(green line). Note the cooling since 2002. 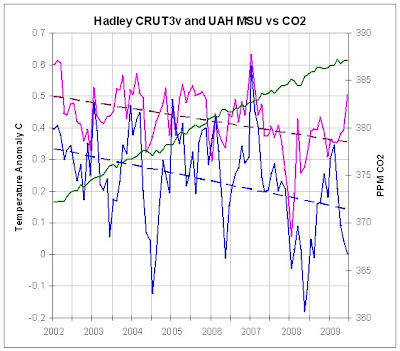 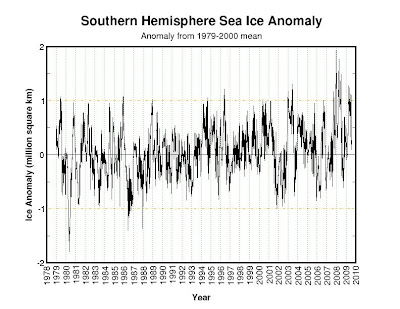 Of course steady decrease over the past 30 years with relief the past 3 years. 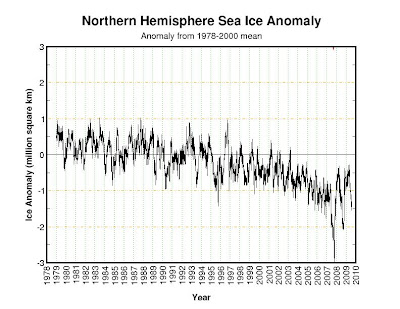 When I talk to people about how global warming isn't real, some of them laugh at me. But that doesn't bother me, cause deep down inside I support what I believe in. If people really just want to follow behind the lies of a politician, or some scientist who invested in green technology then go ahead and do it. For the rest of us before you make up your mind on something DO SOME RESEARCH, make up your own mind and try not to be a follower. Some just want to be "accepted" into the crowd and that "want" of that person will actually make them go against his or her own beliefs in what is right or wrong. It's a method of brain washing, and unfortunately leads to bad things...
I'll finish my ranting with something everyone should think about. Which do you think controls the climate, a giant ball of hydrogen and helium just 93 million miles away hot enough for fusion or the exhaust from your Chevy?
Posted by Darren Milliron at 2:01 PM