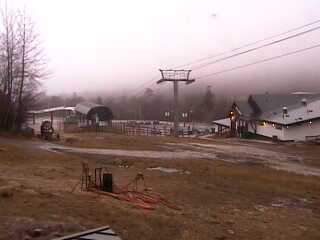 The arctic oscillation and north atlantic oscillation are both negative now and getting more negative. And it's cold, and we have been dominated by low pressure. But where is that arctic air we need to start blowing snow? It's not just Mountain Creek, but EVERY resort on the east coast is currently not operating. This will change now, starting from north to south, but the low elevation of Mountain Creek is going to hurt badly. I don't see a snowmaking window (reasonable snow making) any time soon. There can be some night this week that blowing could take place, but I really don't recommend it because it will warm back up during the day and rain storms seem to be in our future. I hope this moderate El Nino collapses soon, because this is so far is a typical El Nino pattern. I even remember El Nino years with only 8 inches of snow for the whole season, but that was the strong El Nino of 1998. Let's just sit down and try to not think about snowboarding... or it will eat you alive
Posted by Darren Milliron at 10:27 AM