Happy New Year! Hopefully, it means a new weather pattern because as a snowboarder this isn't working for me. I finally see some signs that the winter (which is only 2 weeks old by the way) is starting to get cranking. I've noted in past posts that the strong -QBO could be the reason behind the mild and snow less December and typically results in better second half of winter, if you like snow that is.

First clue that things are starting to change:

Above is animation of stratospheric temperatures over the last month. If you watch over Siberia a warming event occurs just after Christmas and continues to strengthen. This is a signal that pressure values are changing, and in my opinion any change is welcome. Typically it tells us arctic air is on the move and more than likely the AO and NAO indices are about to tank. 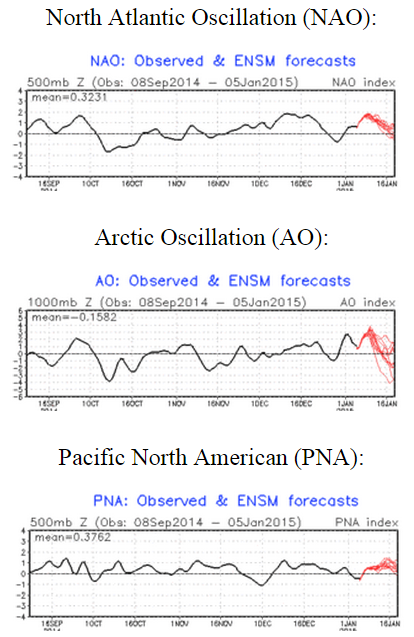 The AO looks like it will finally go negative but the NAO may take till mid-month which tells me it's unlikely to see any major east coast snowstorms at least until then. For the next week or two clipper systems will be our primary source of snow which may provide a couple inches here and there.

The MJO also looks to be headed in a good phase. One that means more cold and snow in our future. 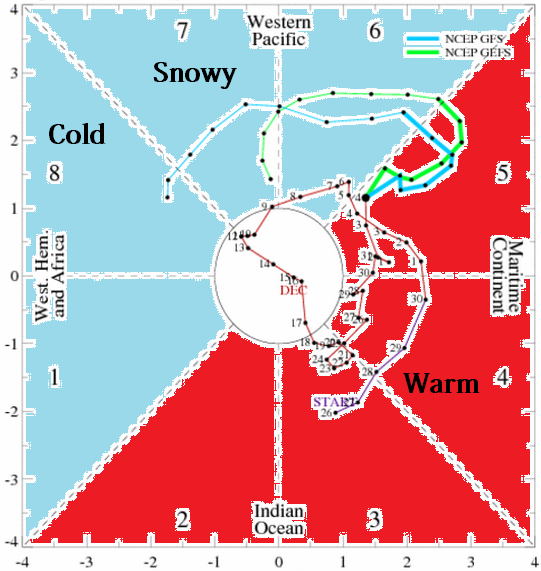 To start things off we will get a small snow event tomorrow. A fast moving clipper system will bring some light snow showers on the order of 1"-2". This snow is going to be very dry and will immediately stick to all surfaces. Really not a major event but enough to remind us that it's winter. 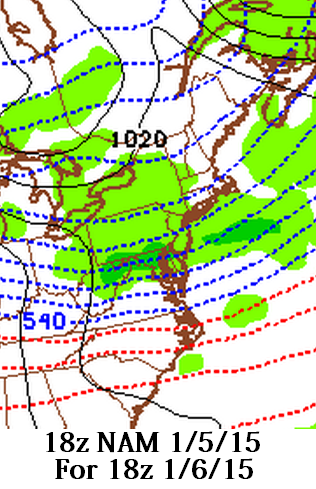 Thursday could end up being one of the top three coldest days of this winter. Just look at the image below. I thickened the black lines which represent the wind direction and they come right out of the north, which is how we get our coldest of days because the air is coming right out of Canada without a chance to modify over the plains states or coming over the Appalachians. Temperatures could go as low as -5 across the coldest spots and daytime highs will stay in the single digits. A true arctic outbreak. 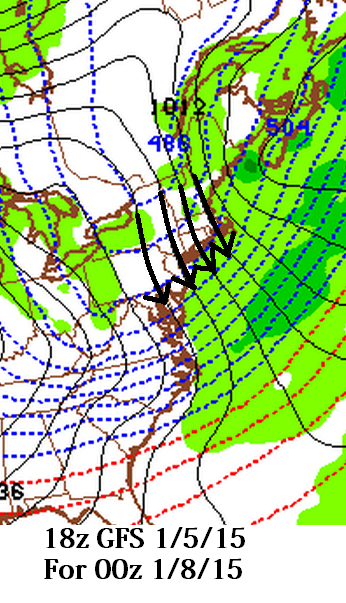 After the coldest air moves through another clipper system could move through the area on Friday bringing another minor accumulation. Behind this system is a re-enforcing shot of arctic air for the weekend. I don't see NW Jersey getting above freezing for at least the next 10 days. 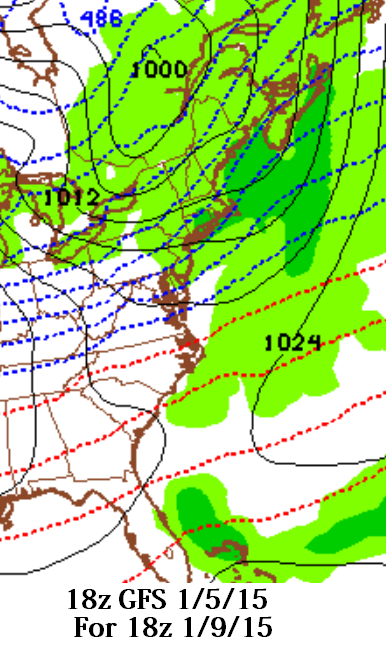 That's all for now. Check back in coming days for updates!


Posted by Darren Milliron at 9:17 PM