I say "Winter" because it hasn't even started yet! Let's recap where we are at right now and compare to the epic season we had last year.

As of December 15th:


So as of today we are currently behind where we were last year. Last year mid December was cold and snowy, how ever this year it's been more moderate (it hasn't been "warm") with more in the way of rain. By the time we hit Christmas Day last year we had no snow on the ground and winter didn't really get cranking again until mid January. I think we are going to play a game of catch up now...

I have been persistent in saying that this season will NOT be as cold as last season, so we won't catch up with the days of below freezing high temperatures. I'm very confident though that we will surpass last years snow fall total and days of snow cover comparing it to last year by January 15th. You can quote me on this.

The European model already has it's eyes on a major winter storm THIS COMING WEEKEND. Right now the other models are bullish on the idea, but they will all come into agreement over the next couple ideas. This storm system will make the turn up the coast and is capable of dumping double digit snow totals. 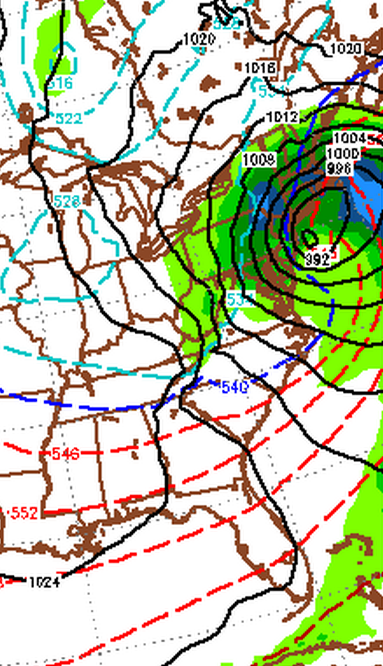 I hate to get ahead of myself but the rest of this month from this weekend on looks perfect for winter weather lovers and January doesn't look to disappoint either. You better believe I'm in storm watch mode so keep checking back. If you want a good forecast that is.... :)


Posted by Darren Milliron at 4:48 PM