Do you believe in global warming?

I just wanna make things clear. People seem to think that I don't like the environment and that I deny basic scientific knowledge. Let me get this straight.

What I don't believe in:
-Anthropogenic global warming from man made green house gases
What I do believe in:
-Recycling
-Renewable energy
-The green house effect
-Taking care of the environment
-Climate change
-Between the late 70's-1998 we
were in a warming phase
-Between 1998-2008 we are in a
cooling phase
I don't hate the environment and I'm not evil, and don't put words into my mouth. If you believe in global warming 100% and you don't know what the chart means below you need to do some research and stop believing everything you see and hear is true... 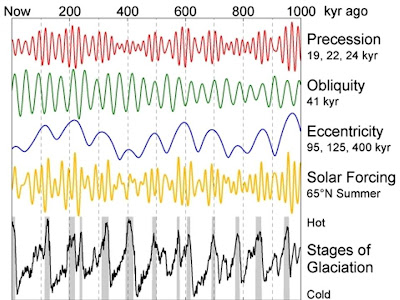 Can it be snow?

As I look toward the Global Fantasy Server Model (GFS) something caught my eye. Next Thursday night, while it's in the 30's here in Sussex there will be some precipitation flying around the area. Now the model has it being rain with a little bit of snow flakes if it is at night anyway....

Now here's the kicker. Next Thursday is May 1st... Now let's be honest, it can snow this year of the year but for the GFS to actually get something right for once is what I'm having a problem with. Chances of snow in June are greater than the probability of the GFS being correct 16 days out, I'm not kidding...

Check out the model run. (Click for bigger image)

Posted by Darren Milliron at 6:18 PM No comments:

Our picnic on Friday

We got a picnic on Friday in Elizabeth for us science majors at Kean University, so we need a forecast. Don't we? Even everyone else needs it because... IT'S FRIDAY! The best day of the week... :) and I'll throw Saturday and Sunday in to...

Posted by Darren Milliron at 9:13 PM No comments:

Solar Cycle 24 running out of time...

Back in January of 2007 solar cycle 24 (sc24) should have started up throwing us into the next 11 year solar cycle of electromagnetic storms, flares, prominences, and a stronger solar wind with massive amounts of radiation coming from the sun. Well, as you know, it has yet to show it's appearance. Solar cycle 23 is now running toward a 13 year interval at solar miniumum. This is causing major problems with our climate that can be seen right now.

The sun has shown very little activity and each day that goes by our planet could continue the 10 year temperature trend of .6 degree drop C. Solar cycle 24 being one year late coincides with the following:
-C02 levels dropping this year
-Sea levels dropping this year
-.6 degree temperature drop
-Record Antarctic sea ice extent
-Amazing come back of the Arctic sea ice
-First bagdad snow ever
-Record snow in China
-Record snow in New England
-Record snow in the mid-west
-Majority of the worlds oceans colder than average
-Earths rotation sped up

Wait, Darren. I get all of that except the for the earths rotation speeding up? Well, think about an ice skater spinning around with arms out. When he or she brings in the arms toward the center of rotation, what happens? They move faster! Earths rotation is always slowing down due to a lot of things like continental drift, gravitational pull of the moon and sun, and the earth losing kinetic energy from the source of what made it rotate in the first place. But what happens if more mass ended up at the poles? In the form of ice? Scientists need to add in "leap seconds" as the earths rotation slows but since 1999 (after the year 1998 which is when the earth started cooling) the earths rotation actually sped up. This comes as a surprise and is because more mass has gone to earths center of rotation. I wonder if the record Antarctic and Greenland ice has anything to do with it? I think so...
Posted by Darren Milliron at 9:13 AM No comments:

Yes, sea levels have dropped. It's amazing, CO2 levels dropped, solar sunspots have dropped (none), temperature worldwide has dropped in just one years time back to about average for the planet, Antartica snow melt has dropped, Arctic sea ice has made an amazing come back, and now seas levels dropped. Could all this be saying something to us? If you ask me, I personally feel that this marks the end the "Great Global Warming" scare. Just like how we look back and laugh at Y2k and the alien invasion that was coming with Hale Bopp, global warming will be right in there with it...

During the medieval time period 1200's-1500's the planet was in the middle of a warm period, even warmer than the present. This was also a time of strong solar activity I.E. sunspots. But then during the 1600's-1800's solar activity decreased significantly to the point where the earth entered what we now call the "Little Ice Age". The temperature is estimated to have dropped around 2-3 degrees celcius worldwide which is very dramatic. This is what scientists call the maunder minimum in terms of the solar cycles if I am correct which came and went with the "Little Ice Age".
Now, after hundreds of years of this cold weather the sun became more active peaking in about the 1930's and the 1990's which are the two hottest decades for the planet. Check out the graph for more:

Ok Darren, whats your point? Well, my point is that solar cycle 24 should have started January of 2007 but so far it's a no go. The longer the gap in between the solar cycles the greater the effect on our global temperatures, I'm talking about global cooling to a level where snow may fall 8 months out of the year for us here in North West Jersey and maybe 7 months for the rest of the area. The graph below shows the (blue) line which is the average of the sun spot cycles during the Little Ice Age, (red) showing the average sun spot cycles of current warming periods, and green which is where we currently are right now.

We are following in the foot steps of the maunder minimum and if we don't start that solar cycle soon, we may be living in climate that is usually found up north. If we don't get the solar cycles started by atleast March of 2009 then I personally feel that global temperatures will drop, and the drop could look something like this chart below:

Graphs from: http://icecap.us/
Posted by Darren Milliron at 9:06 PM 1 comment:

I fixed up the blog a little bit, here are some of the new things you will find:

1. More polls
2. Anyone is now able to comment
3. Fonts are a little more pleasing
4. Some links to the sites I visit
5. Link directly to the blog
6. A second blogger joining the group!
Posted by Darren Milliron at 10:04 AM No comments: